Formerly known as Whisky Mist, Drama Park Lane in an elite London nightclub set beneath the world-famous Hilton Hotel. The striking club is sophisticatedly decorated with bold colours and fascinating artworks that create a vivid ambiance along with the Funktion one sounds to keep the A-list clientele jumping throughout the night. Electric tunes and a outstanding entertainment for the loud, unpredictable and obnoxious.

It is no secret that Drama is one of London's celebrity hangouts where everyone from Drake to Rihanna go to let their hair down. Nothing better than catching your favourite celebrity popping bottles underneath a glittering, shark-shaped disco ball or catching Usain Bolt — yes, the fastest man on the planet — behind the DJ decks, right? This can only happen in DRAMA!

If you are fortuitous enough to pass through Drama's doors (it is extremely hard to do so) you may also see some big names performing! This 1st March we were lucky enough to see US Superstar Tyga. 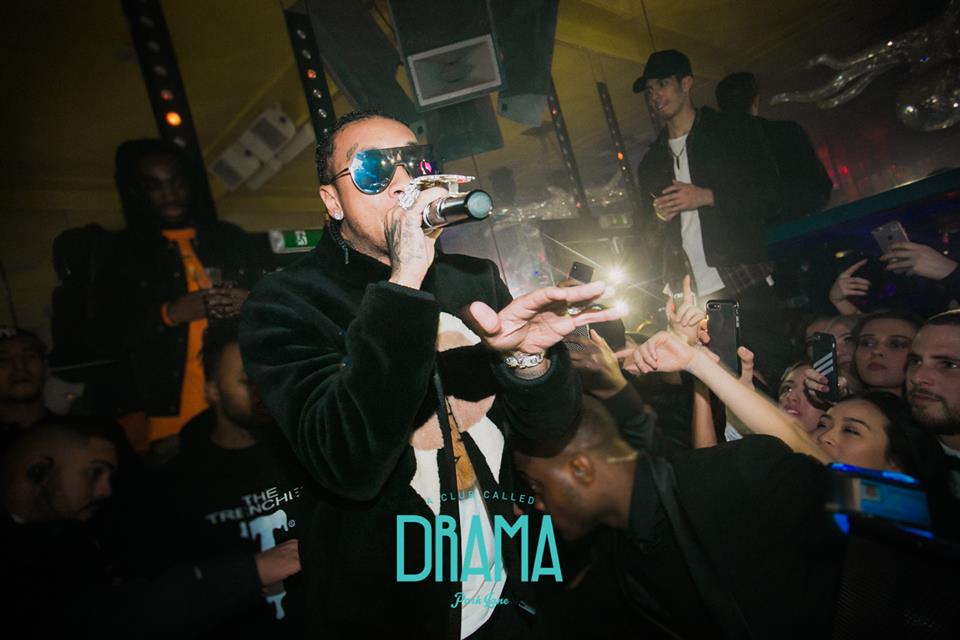 Born of mixed Vietnamese-Jamaican parents, the well-known American rapper Tyga, was influenced by a low socioeconomic background and street life during his childhood. He made it big with his music albums and mixtapes made in collaboration with other big names in the world of rap. His music videos are known for explicit scenes and deep meaning lyrics and has also produced and acted in a few adult movies.

Tyga's career has had its ups and downs with a Grammy nomination and Much Music Video Award on one hand with several legal issues on the other. His personal life has also been turbulent, with a string of girlfriends and a son born out of marriage. After three successful albums, his fourth album had problems being released. He has a number of friends in the rapping circle and fans on social media who wish him well. 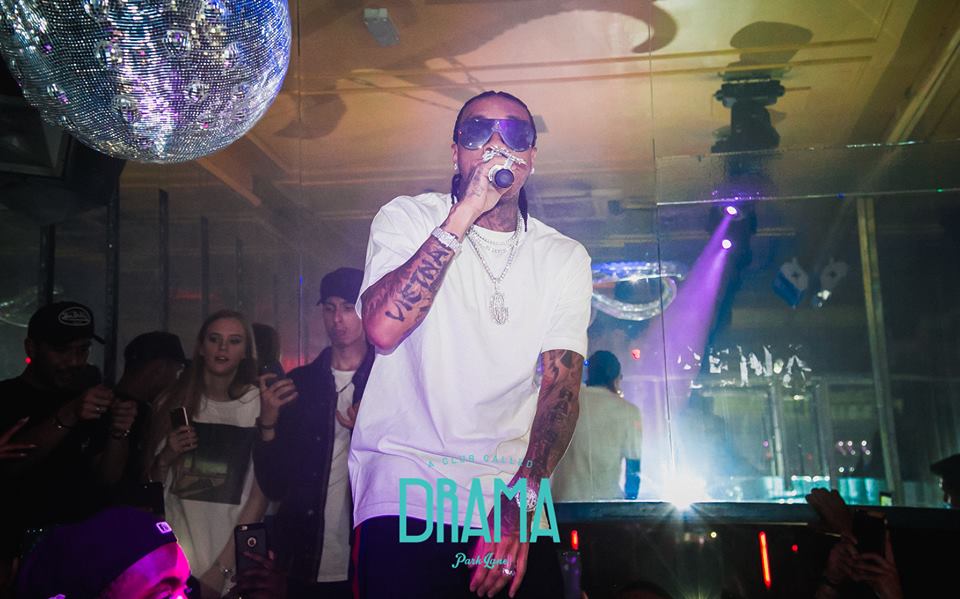 It is hard to outstand in London's nightlife scene, you don’t become a London landmark overnight — it’s about blending influential celebrities, the movers and shakers, and the cross-section of customers who don’t worry about being seen letting their hair down.

There’s plenty more drama left in the tank. Join us and party surrounded by celebrities and Lonon's privileged class from Thursday to Sunday from 11 pm to 4 am! For info on guest lists and VIP table booking at Drama Park Lane and other exclusive London clubs contact us at +44 (0)77 6916 9101 or email us at vip@luxguestlist.com.