Tape London is a 150 capacity private members‘ club and recording studio situated at 17 Hanover Square, Mayfair, London. This exclusive nightclub offers an elegant party experience for an elite and global crowd. The venue was created for people who really love music and exudes an aura where “Everything begins with music.” Celebrities are spotted frequently at Tape so book your table and party with the stars!

Below photos of Travis Scott at Tape London ↡↡↡

Travis Scott's career started in 2012 when he signed his first major-label deal with Epic Records. In November of the same year, Scott signed a deal with Kanye West's GOOD Music and in April 2013, it was announced Scott signed a record deal with T.I.'s Grand Hustle imprint.

Outside of his solo career, Scott is also a member of the supergroup, Huncho Jack with Quavo. The pair released their first collaborative album on December 21, 2017 titled Huncho Jack, Jack Huncho. 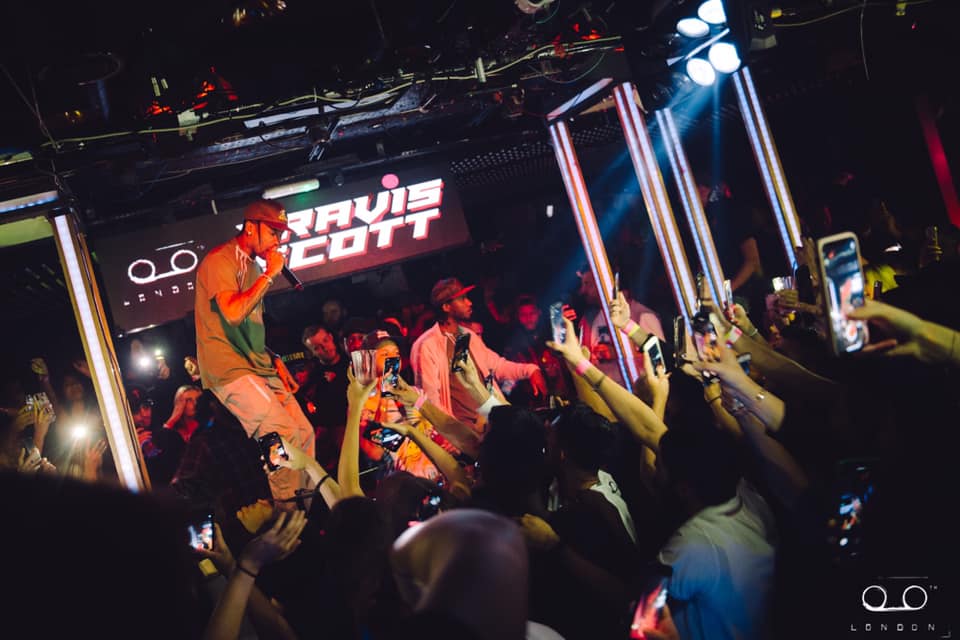 Want to see Travis Scott and other famous rappers perform? Book your VIP table at Tape and don't miss their next party!