Everything You Need to Know of the Royal Wedding

From the dress to the guest list, here’s everything you need to know about the most expected date in the 2018 calendar: Prince Harry and Meghan Markle’s royal wedding. 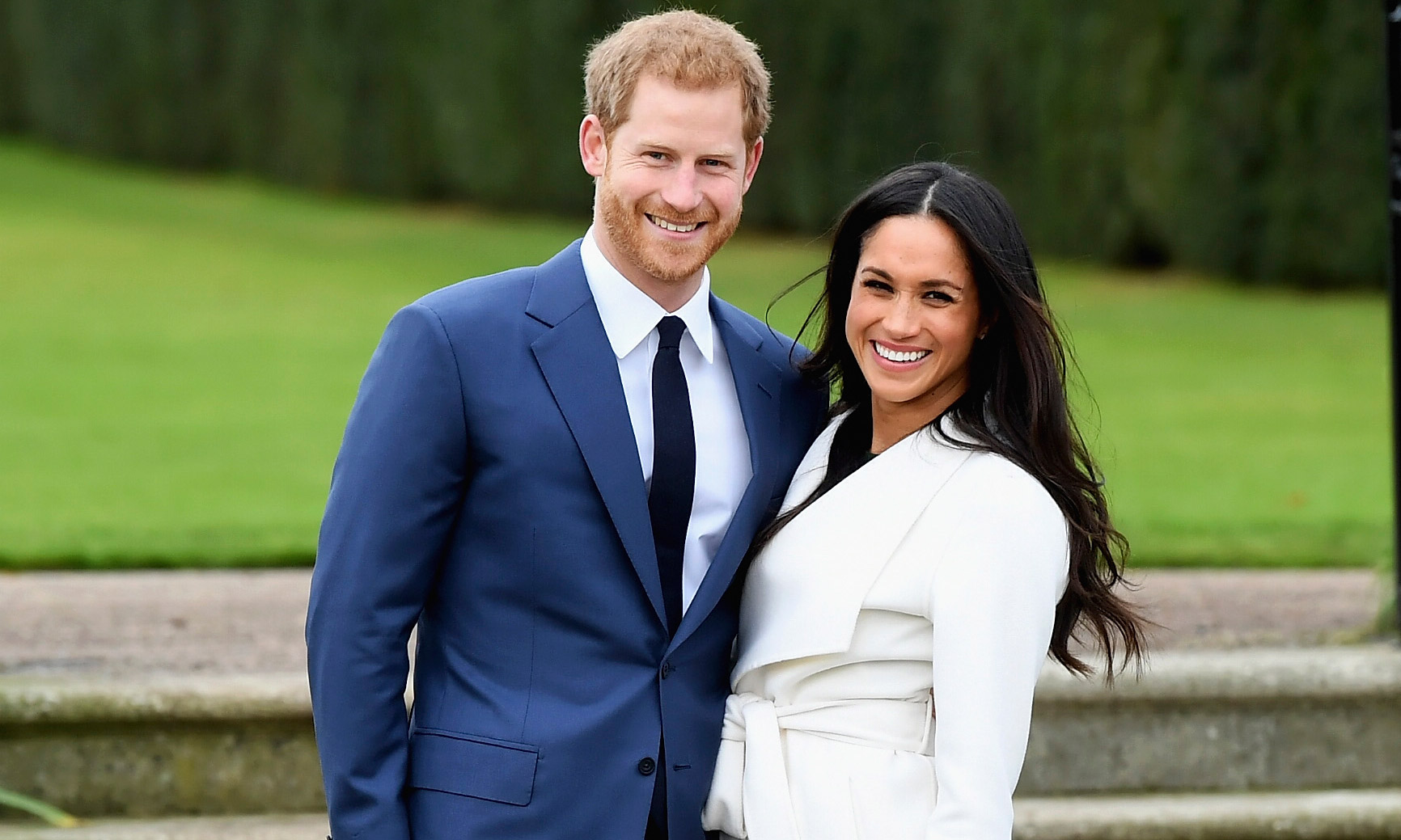 The hotly anticipated Royal wedding of Prince Harry and Meghan Markle takes place this Saturday 19th May at midday. The Prince and Ms. Markle have broken tradition by choosing to hold their wedding on a Saturday, as royal weddings usually take place during the week.

Will there be a bank holiday?

Although the public were given a day off to celebrate the weddings of Prince Charles to Diana Spencer in 1981, and Prince William to Catherine Middleton in 2011, Prince Harry and his fiancée's choose to marry on May 19th to avoid the issue of whether or not the royal wedding should be a bank holiday. People around the country can watch the ceremony live on TV from their living rooms or if they prefer, head to a pub or bar - licensing hours have been extended until 1 am in the early hours of Saturday morning, and on the day of the wedding itself.

Where will the royal wedding 2018 take place?

The service will take place at St George’s Chapel in the grounds of Windsor Castle, which last hosted a royal wedding in May 2008 when Peter Phillips - son of The Princess Royal - married Autumn Kelly.

Kensington Palace has said that "around 600" guests will be in attendance, a small crowd in contrast to the Duke and Duchess of Cambridge who wed in front of 1,900 guests - a number just shy of Queen Elizabeth II and Prince Philip, who invited 2,000 guests to their 1947 wedding.

The invitations were made by Barnard & Westwood, a London printer and bookbinder that has been making invitations for the royal family since the 1980s, according to Kensington Palace. 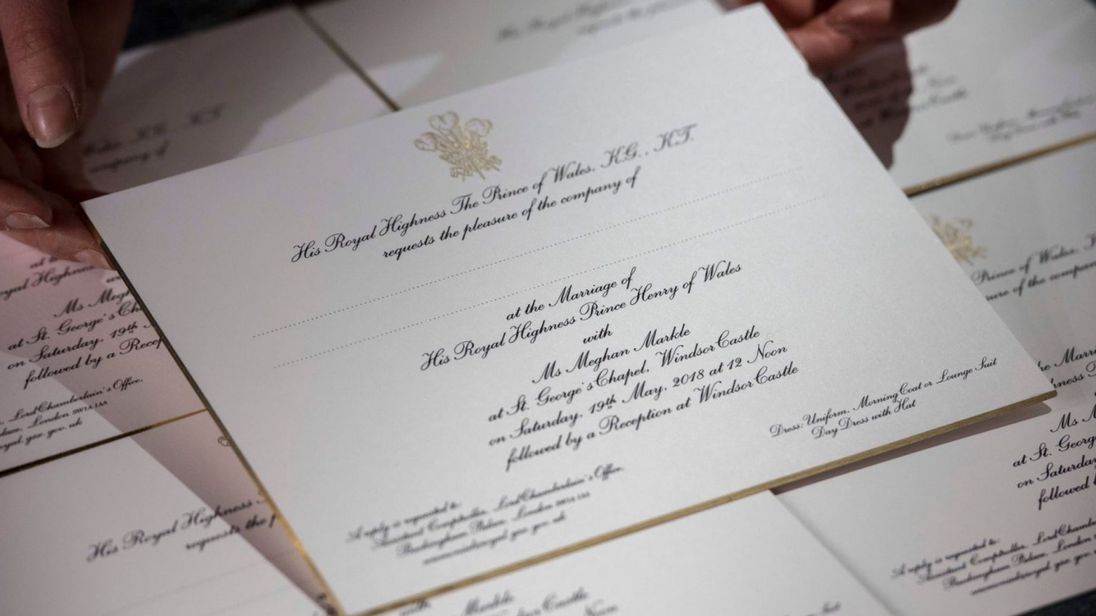 With just days to go until Meghan Markle arrives at St George's chapel in Windsor, the dress is still a closely guarded secret. Meghan Markle's choice of designer for her royal wedding gown will be as much an expression of her personality as her fashion tastes. The question is, which route will she take? Designers tipped to be among the likely candidates include the Canadian-born Erdem Moralioglu, French designer Roland Mouret, and the Ralph & Russo duo, who designed the gown Markle wore in her engagement photographs.

What will be Prince Harry's outfit?

Prince Harry will wear the ceremonial uniform of the Royal Marines, the regiment believes. The Prince will wear the uniform as a mark of respect to the regiment he took over as Captain General from his grandfather, the Duke of Edinburgh.

Who are the bridesmaids and pageboys?

It was confirmed several days prior to the nuptials that Prince George and Princess Charlotte will perform the roles of page boy and bridesmaid in the ceremony, alongside eight other young children. They are Prince Harry's godchildren - Florence van Cutsem (3), Zalie Warren (2) and Jasper Dyer (6) - and Markle's goddaughters - Remi and Rylan Litt (6 and 7) - and the three children of Jessica Mulroney, one of the bride's closest friends - Ivy (4) and twins Brian and John (7).

Who is the best man?

As expected, Harry's older brother Prince William will step into the role of best man. Harry has also expressed his desire for his mother's side of the family to be involved in the service. The three siblings of the late Diana, Princess of Wales, who died two decades ago in a car accident, have been invited. One sister, Lady Jane Fellowes, will give a reading. 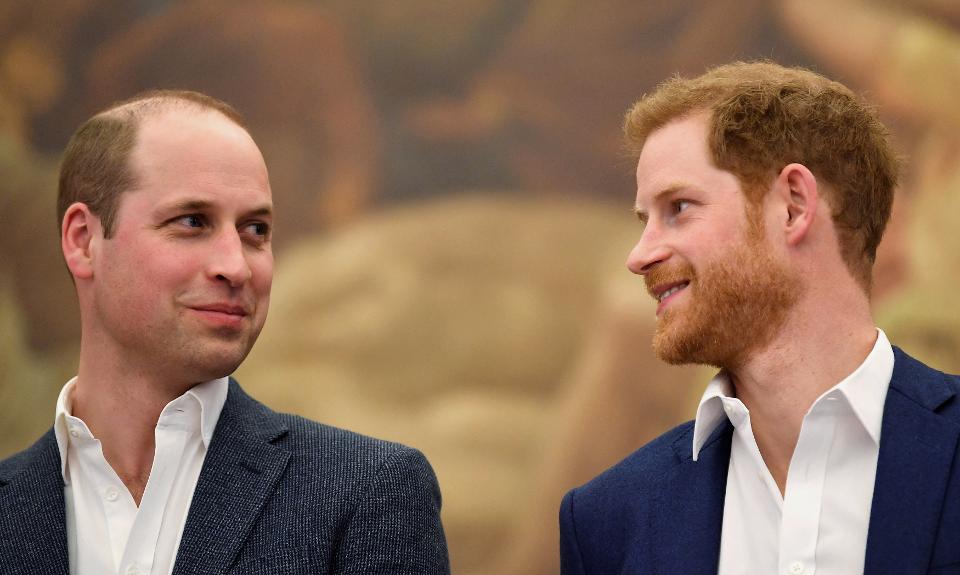 Prince Harry & Ms. Meghan Markle are incredibly grateful for the goodwill they have received since their engagement, & have asked that anyone who might wish to mark the occasion of their wedding considers giving to charity, instead of sending a gift.

The seven organizations chosen by Prince Harry and Markle all work on issues the couple are passionate about, including women's empowerment, HIV, homelessness and the environment, according to a palace statement.

It has been revealed that Prince Harry and Meghan Markle have selected a wedding menu featuring classic dishes and seasonal British produce. The couple is said to have been hands-on in the development of their wedding menu, which will be created by staff from the royal kitchens at Windsor Castle over the next few days, and will use produce from the Queen's own estates. 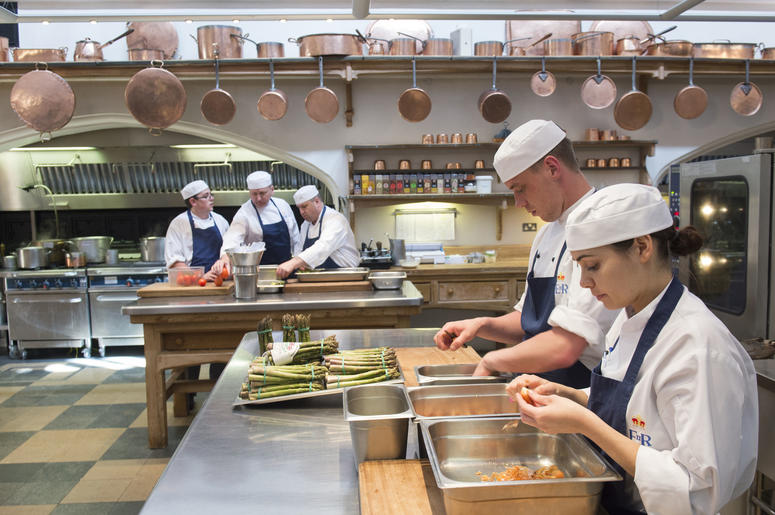 The couple have asked Claire Ptak, an east London pastry chef, to make an organic lemon and elderflower wedding cake incorporating "the bright flavours of spring", according to Kensington Palace. It will be covered with buttercream and decorated with fresh flowers.

Despite rumors that the Spice Girls, Elton John, Ed Sheeran or Sam Smith could be performing at the second, evening reception, nothing has yet been confirmed by Kensington Palace.